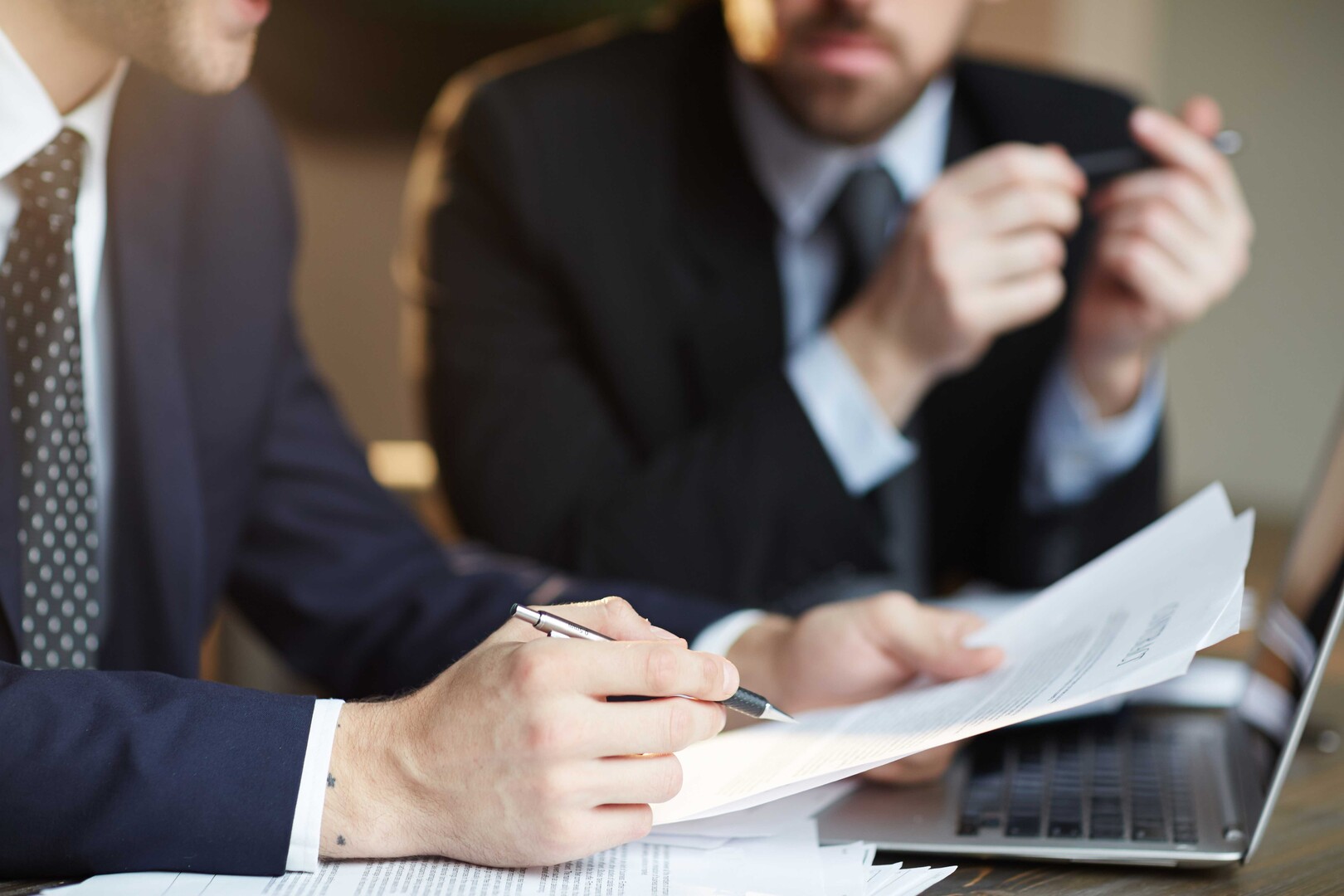 On September 8th, 2019, the Tax and Treasury Department presented the 2020 Economic Package to the Congress of the Union, consisting of the General Criteria of Economic Policy, the Federation's Income Law Initiative, the Initiative which reforms various tax provisions, and the Expenditure Budget of the Federation.

Some of the proposals that stand out from the Fiscal Reform Initiative for 2020 are:

Update of the Permanent Establishment concept

It states the presumption that a natural or legal person is not an independent agent when acting exclusively or almost exclusively on behalf of residents abroad who are related parties.

It is also mentioned that the activities exempted from the constitution of permanent establishment are those that have the condition of a preparatory or ancillary nature.

Due to the lack of fiscal treatment guidelines for payments made to foreign entities that are considered transparent for tax purposes of a foreign tax legislation, it is proposed to establish rules so that foreign entities that are fiscally transparent abroad are obliged to pay the Income Tax (ISR) and pay their taxes on the same terms as legal entities for the purposes of the ISR Law.

Income obtained by residents in Mexico or permanent establishments in national territory, through transparent foreign entities and foreign legal concepts

For income generated through foreign fiscal transparent entities or foreign legal figures considered taxpayers in the country in which they were incorporated, the annual fiscal profit of the entity or legal concept will be considered as income.

Regarding foreign legal concepts that are fiscally transparent, income will accumulate under the terms of the Title that corresponds to the taxpayer.

One of the substantial changes is that this regime will only apply to foreign entities that are not fiscally transparent in the country in which they are constituted and do not pay taxes or pay less than 75% of the Income Tax that would be paid in Mexico, which is 22.50%.

The assumptions are also modified to determine when the taxpayer has effective control over the foreign entity. The changes suggested in this regard are based on the recommendations of the Final Report of Action 3 of the BEPS Project based on withstanding tax planning that seeks to avoid this requirement.

The proposed provisions also seek to clarify that in order to determine whether the income of a foreign entity is subject to a preferential tax regime, all income taxes paid must be considered; for example, federal or local taxes paid in the country of residence or in the country of origin, including the tax paid in Mexico. It is also clarified that the said tax must be paid effectively, that is, the thing or the amount owed must be delivered.

Additionally, the rate is modified on the basis of which the REFIPRES tax for natural persons is determined, that is, to 35%.

A new provision is introduced that limits the deduction of interest based on fiscal profits before interest, depreciation, and amortization. The limitation would be based on a fixed ratio of 30%.

The first $20,000,000.00 pesos of interest deductible for the year are exempted. This amount shall be applied jointly to all legal entities subject to this Title and to permanent establishments of residents abroad who belong to the same group or who are related parties. This amount will be distributed among the members of the group or related parties in proportion to the cumulative income generated during the previous year.

The non-deductible amount during the year may be deducted in the following three years. This provision applies to deductible interest as of 2020, regardless of whether it comes from debts incurred in previous years.

As of 2017, the Income Tax Law established as a requirement that in order to carry out deductions of the payments made that concern labor subcontracting activities, the contractor would obtain from the subcontractor, who in turn would deliver a copy of the tax receipts for the payment of wages to the workers who has provided the subcontracted service and the acknowledgement of receipts, as well as the full declaration of the withholding of taxes made to the said workers, as well as for the payment of the employee-employer fees to the Mexican Social Security Institute.

The elimination of this obligation is proposed, establishing a new one for legal entities and individuals with business activities, which then hires companies that offer outsourcing services for withholding and acquiring the VAT they transfer.

Regarding ISR, it proposes to establish among the requirements of the deductions that these will only proceed when in accordance with the Income Tax Law and other tax provisions, such as the VAT Law, and that the taxpayer complies with the obligation to make the withholding and payment of the taxes paid by third parties, or that, where applicable, a copy of the documents in which the payment of the aforementioned taxes is recorded.

It is proposed that a guideline be established in order to facilitate the payment of the ISR to individuals who only engage in retail business activities as independent sellers of retail products from mail order companies.

This guideline would be mandatory for all companies that engage in mail order sales.

These companies will conduct an assessment regarding the withholding and payment of the tax calculated on the difference between the suggested sale price and the purchase price, applying the ISR rate corresponding to each individual, and it will be considered as a provisional payment, except when the income in the previous fiscal year did not exceeded 300,000 pesos; in which case it will be considered as a definitive payment.

Changes are made to the regulations of manufacturing operations carried out by residents abroad and by shelter maquiladoras (known as Shelters).

It is proposed that the condition for Shelters be eliminated which would be subject to a maximum term of four years (from January 1, 2018 to December 31, 2021), and would apply to the permanent establishment (“PE”) exemption in Mexico for the resident abroad for the aforementioned operations.

With the purpose of regulating the digital economy for VAT purposes for services exclusively provided through digital platforms which are usually for final consumption in homes or used by people for individual consumption, such as downloading or access to images, movies, text, information, video, audio, music, games, including gambling, as well as other multimedia content, multiplayer environments, obtaining mobile ringtones, viewing online news, traffic information, weather forecasts and statistics, it is proposed that the provider be the one who carries out the transfer and collection of VAT from its customers.

Therefore, applications such as Netflix, Uber, and Spotify, to name a few, will add VAT to the price paid by their subscribers.

This regulation would come into effect on April 1, 2020.

The aim is to modify the VAT provision and to establish the time of the accrual regarding the use in the country of services provided by non-residents be at the moment in which the consideration is paid, regardless of whether the services are provided in Mexico or abroad.

Compensation of IEPS balances in favor

It is clarified that for the compensation of balances in favor of the Special Tax on Products and Services (IEPS), each of the taxes applied to the categories of goods and services referred to in the IEPS Law be considered different, establishing that they can only be compensated against the same tax.

It is proposed that individuals who are part of the general directorate, general management, or sole administration of legal persons, as well as trustees, partners, shareholders, and associates, not be excluded from the assumption of joint and several liability for contributions caused or not withheld by legal persons, as well as for those who must be paid or be notified during the same; in the part of the tax interest that cannot be guaranteed with the assets of the legal person they manage.

Registration in the RFC

A general restructuring is proposed to identify, in a simple way, those individuals who are required to register in the RFC, as well as their obligations and the tax authority’s faculties in this regard.

Additionally, it is suggested for establishment that legal entities have the obligation to file a notice in the RFC every time their partners or shareholders are modified, in order to fight the creation of companies that are constituted solely for the purpose of billing or deducting nonexistent operations. This would also include non-profit legal persons.

Derived from recommendations issued by the OECD, in accordance with the provisions of action 12 of the BEPS Project, a new regime for the disclosure of reportable schemes in Mexico be proposed that will provide information on issues that the tax authorities have identified as risk areas and that having knowledge of them prior to their implementation, and as such their viability will be evaluated, which will be made known to the taxpayers and tax advisors of their criteria.

Tax advisors are expected to be those who are responsible for the disclosure of reportable schemes.

A reportable scheme will be understood as any that can generate, either directly or indirectly, as a tax benefit in Mexico, and that has any of the characteristics identified as risk areas.

The deadline for the Congress of the Union to approve the 2020 Economic Package is no later than October 31 of this year.

Although in these proposals of Fiscal Reform there is no increase in the tax burden, there is in terms of tax obligations, and the disclosure of reportable schemes is highlighted, mainly by tax advisors.

Mexico, as a member of the OECD and the G20, adopts and integrates into Mexican tax legislation measures that result from the actions of the BEPS Project.

Do not hesitate to contact us if you have any questions or require advice.