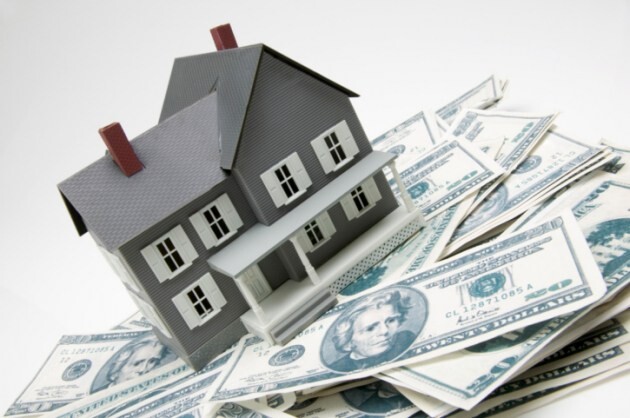 On October 8, 2015, the Federal Executive Branch [in Spanish: el Ejecutivo Federal] published in the Official Gazette of the Federation [in Spanish: el Diario Oficial de la Federación],  the new Regulation of the Law on Income Tax [in Spanish:  el nuevo Reglamento de la Ley del Impuesto Sobre la Renta], the same which came into effect starting October 9 of this year.

The following aspects, which we consider to be of greater relevance, are listed below:

The manner in which fiscal residency is proven is modified for treaties.

Rather than undertaking it through residency certificates or through filing the last Income Tax Return, it will be through a proof of residency without the need to legalize it, or with documentation issued by the relevant authority of the country in question with the aforementioned taxpayers, proving that they have filed their tax return from the previous year.

In addition, the option of proving fiscal residency with the Tax Return of the penultimate year is being considered, in case the period for filing the tax return from the previous year has not expired.

The aforementioned certificates remain in force during the calendar year in which they were issued.

Issuance of a tax receipt necessary for deducting wages that are paid in cash.

Payments made on a salary basis and in general for the provision of employee services that are paid in cash will be deductible, provided that in addition to fulfilling all of the requirements set forth in the other fiscal provision, a Digital Tax Receipt (invoice) [in Spanish: Comprobante Fiscal Digital por Internet] be issued through the Internet.

Determination of shareholders’ equity per share or updated capital stock.

The mechanism that established the rules regarding losses in reference to the disposal of shares and securities that don’t accrue interest is eliminated. (Art. 54 previous regulation).

The regulation from the text that recognizes adjusted shareholders’equity is amended in accordance with the Financial Reporting Standards [in Spanish: normas de información financiera) or through the general provisions issued by the Mexican Tax Administration Service [in Spanish: SAT], and are no longer based on accounting principles as a result of adjusting the shareholders’equity as indicated in Article 95 of the regulation that abrogates it.

Donations given to human rights institutions.

Gratuitous donations that are not remunerative are considered deductible when they are given to human rights institutions that are specific to state agencies that pay taxes pursuant to Section III of the law.

Deduction for the use and enjoyment of the housing unit, notice in lieu of authorization.

Individuals who intend to deduct rental home payments must file a notice in lieu of the authorization that is indicated in the regulation that abrogates it. The aforesaid notice must be filed in accordance with the rules issued by the Mexican Tax Administration Service to that effect. Among these requirements, it must be proven that the lease corresponds to a strictly indispensable expense for the company, that it justifies the stay of the workers, and that the documentation that is gathered fulfills all tax requirements.

Likewise, taxpayers must keep for 5 years all documentation that proves the stay of such persons that inhabit the property.

Filing of notice in lieu of authorization for investment deductions on housing unit, cafeterias that by nature are not available to all company employees, planes and vessels.

These expenses are deductible, provided that the taxpayer maintains, as part of his/her accounting, documentation that proves that the assets are being used for certain needs related to his/her activity, and that a notice be filed in the Mexican Tax Administration Service on the last day of the year in which he/she intends to apply the deduction for the first time. To this end, one can file a notice for all the investments that are referred to in the aforementioned section.

Once the notice has been filed, to make the deduction in subsequent years, the taxpayer must keep the related documentation for each year in question.

Deduction of tolls with a Digital Tax Receipt.

Taxpayers that intend to deduct toll fees from highways that have an automatic vehicle identification system or electronic payment systems must cover the said expense with a Digital Tax Receipt [in Spanish: CFDI], and comply with the corresponding supplement from the automatic vehicle identification control card or from the electronic payment systems.

New obligations for taxpayers relating to remuneration received in cash or gold or silver pieces greater than $100,000.00.

The Mexican Tax Administration Service must be informed of the amount of remuneration that is received in cash (Dollars, Euros, Pounds, etc.), as well as gold or silver pieces, if the corresponding taxes are included, whose amount exceeds $100,000.00 pesos.

Similarly, there is an obligation for taxpayers to report when, with respect to the same transaction, they receive one or several payments of this type, and when their total exceeds $100,000.00 pesos.

At the very latest this information must be filed in the Mexican Tax Administration Service on the 17th of the month which is immediately after that month which exceeds the amount.

When part is received in cash, in gold or silver pieces, and another by cheque, transfers, etc, what is covered by the aforementioned amount with other forms of payment will not be taken into account.

Report regarding loans and capital increase greater than $600,000.00.

As outlined, cases in which loan amounts or capital increase in the same year are received in two or more payments, taxpayers will submit the information within fifteen days following the submission of the final amount which may exceed six hundred thousand pesos in cash; national or foreign currency.

Ruling on disposal of shares by individuals.

The obligation of submitting it in a small notebook is eliminated, and it must be filed in the manner that is indicated in the general rules to this end, which is issued by the Mexican Tax Administration Service.

For the purposes of deducting public services and local and municipal contributions in the tax year in which the service is provided or taxes are generated, it has been established that the “tax receipt” will be issued in the following year, provided that at the very latest, on the day in which the taxpayer files his/her annual tax return for the deduction made, he/she has the respective receipt.

Donation of services not deductible.

The authorities stress that this type of payment is onerous and remunerative, and does not constitute a donation, therefore this free provision of services to a civil organization or trust is not deductible, even when they may be authorized to receive deductible donations.

When dealing with foreign trade operations  in which customs house agents participate as agents or brokers, expenses that are covered with tax receipts are issued by the corresponding service providers and can be deducted, and with these transactions in the name of the importer; even when the expenditure may have been made through the appropriate customs house agent.

It has been established that individuals who provide services to employees or professional services to the taxpayer will be obligated to prepare an expense report with the corresponding tax receipts attached to the incurred travel allowances and travel expenses.

Regarding receipts that are issued abroad, they must comply with all the requirements issued by the Mexican Tax Administration Service through regulations that are of a general nature. The aforesaid deduction will be applicable when the individual moves outside of a 50 kilometer zone that encircles the establishment of the taxpayer.

Taxpayers that make fixed asset investments and who jointly, with the aforementioned investments, purchase spare parts for their maintenance, and which are used in the normal cycle of operations of the said assets, will be able to consider the value of those spare parts as part of the original amount of the fixed asset investment in question; and will be able to deduct through the application of such the maximum percentage that the law authorizes for the assets at hand. The requirement is that the spare parts must be purchased together with the assets, and their price must be included in the tax receipt of the goods from the fixed assets that are purchased.

In the event that the taxpayer purchases new spare parts at a later date, the same will be a deductible expense in the tax year in which they are made.